The main idea of the project Watt-s is to be able to buy small-scaled solar panels installed and working to support the energy transition in the society to more renewable energy sources. The user buys a part of a solar panel (for example 3W) for themselves or as a gift. The amount of electricity produced by the 3 watts will then be able to power for example the user's mobile phone.

The Open Energy Playground has been used to collect and process data in the Watt-s project. The development of Watt-s was a research project ending April 1st, 2017.

The desktop application developed within the research project of Watt-s helps the user to monitor and follow their production of solar energy. In the desktop application, the user can see how many watts he/she owns, how many Ws (and kWhs) that have been produced up until now. The user can also see how many devices that are currently justified by the amount of watts owned (if you own more watts you can compensate for more appliances).

The intention with the desktop application is that users not necessarily needs to open the application window that often. The ambient sun works as a separate widget that can be visible on the desktop and provide the user with immediate feedback on how much energy that is currently being produced. The sun rotates where the speed of the rotation depends on how much energy that is being produced. The more energy, the faster the sun rotates. 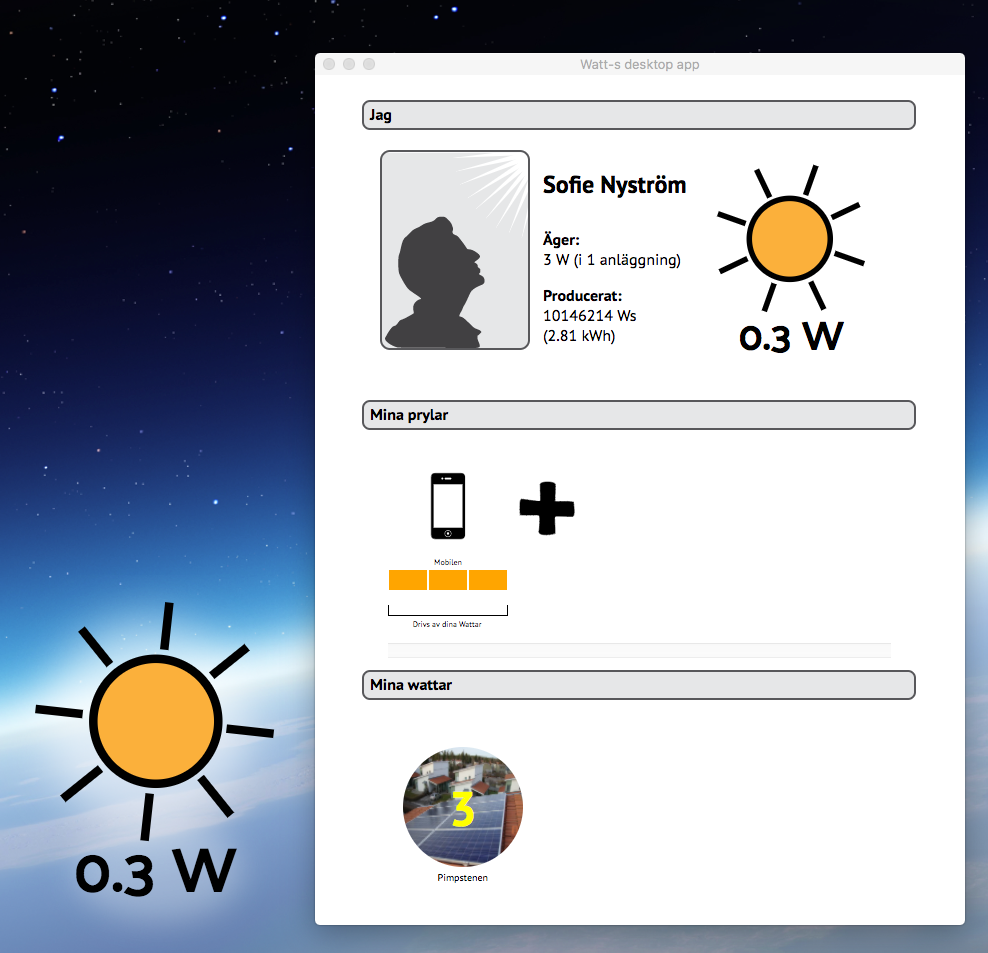 The desktop application along with the rotating ambient sun

If you want to know more about Watt-s and micro producers of solar energy, go to http://watt-s.com.
After you have registered watts, the desktop application can be downloaded here: